Digging A Way Out – A Funny Spiritual Story by Guy Finley 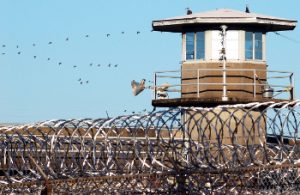 There’s a man who has been by himself in a prison cell with a dirt floor, crude stone walls, and there’s two windows one of which looks out towards the ocean.

All of the sudden, he hears a scratching noise, and he looks down at the ground that is furthest away from the window facing the ocean. He sees the ground moving, and he starts to think he’s losing his mind.

But soon the ground breaks, and up pops a head with long hair and a beard… it’s a prisoner.

And the prisoner says “Sssh. Listen. A group of us have been tunneling for about six years, and we’ve finally reached your cell. We have ways to cover up my entrance into this, but now it’s all on your shoulders, man. All you have to do,” he said while pointing out the window towards the ocean, “you just start digging here and go down about six feet and about 75 feet in that direction and there is freedom, and we’re outta here!”

“Okay, I’ll check back with you in a few weeks.”

Two weeks later, the pops back in to check on his friend’s progress, and his friend nods back with great affirmation. “Yeah, I’ve done it.”

So the man who was providing the instructions pops down the hole, and two seconds later pops right back up and says, “What have you done?!?!?”

“I told you to dig in the direction towards the OCEAN! This tunnel that you dug goes back under the wall and into the prison yard.”

“Well, the digging was easier in the other direction…”

Guy Finley is the best-selling author of The Secret of Letting Go and more than 30 other books and audio albums that have sold over a million copies in 16 languages worldwide.

In addition, he has presented over 4,000 unique self-realization seminars to thousands of grateful students throughout North America and Europe over the past 20 years and has been a guest on over 400 television and radio shows, including national appearances on ABC, NBC, CBS, CNN, NPR, Wisdom Network, and many others.

To get your free “7 Steps to Oneness” audio program from Guy Finley, click here.