After sharing nearly 1,000 stories over the last 15 years, these are the 10 spiritual stories that have been read the most by our visitors recently.

We hope you enjoy them as much as we do, and be sure to share them with friends and family – they'll thank you for them!

After creating the Top 10 list, a new spiritual story has become our audience's #1 new favorite. Here's how it starts… 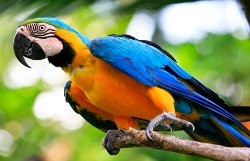 A man, a great man, a fighter for freedom was traveling in the mountains. He stayed in a caravanserai for the night.

He was amazed that in the caravanserai there was a beautiful parrot in a golden cage, continually repeating “Freedom! Freedom!” And it was such a place that when the parrot repeated the word “Freedom!” it would go on echoing in the valleys, in the mountains.

The man thought: “I have seen many parrots, and I have thought they must want to be free from those cages… but I have never seen such a parrot whose whole day, from the morning to the evening when he goes to sleep, is spent in calling out for freedom.”

He had an idea. In the middle of the night, when the owner was fast asleep, he got up and opened the door of the cage. He whispered to the parrot, “Now get out.”

Click here to read the rest of “The Freedom Parrot” story.

Story #1: The Drowning Man and God's Messages Of Hope

While out to sea, a large boat became shipwrecked and there was only a single survivor. This man prayed and asked God to save his life. Soon thereafter, another boat came by and offered the man some help.

Story #2: The Struggle of the Butterfly

A man found a cocoon of a butterfly. He sat and watched the butterfly for several hours as it struggled to force its body through the little hole at the end.

Eventually, the butterfly stopped making progress. It appeared as if it had gotten as far as it could and it could go no farther. The man decided to help the butterfly, so he took a pair of scissors and snipped off the remaining bit of the cocoon. The butterfly then emerged easily, but it had a swollen body and small, shriveled wings.

Click here to read the rest of the “Struggle of the Butterfly” story.

Story #3: The Chicken and the Eagles

A long time ago in a remote valley, there lived a farmer. One day he got tired of the daily routine of running the farm and decided to climb the cliffs that brooded above the valley to see what lay beyond.

He climbed all day until he reached a ledge just below the top of the cliff; there, to his amazement was a nest, full of eggs.

Immediately he knew they were eagle’s eggs and, even though he knew it was profoundly un-ecological and almost certainly illegal, he carefully took one and stowed it in his pack

Has God ever spoke to you “through” another person? I would venture to say that most of us have experienced this, although some of us may not have been aware of what was happening. This recently happened to me as I was in the process of responding to an e-mail sent to me by a dear sister in my church.

She was concerned about how hard it is to wait on God. I usually use events from my own life to help in ministering to other people. I told her that one of the hardest things in my life is also waiting on God.

Story #5: The Elephant and His Old Blind Mother

Long ago, in the hills of the Himalayas near a lotus pool, the Buddha was once born as a baby elephant. He was a magnificent elephant, pure white with feet and face the color of coral. His trunk gleamed like a silver rope and his ivory tusks curled up in a long arc.

He followed his mother everywhere. She plucked the tenderest leaves and sweetest mangoes from the tall trees and gave them to him. “First you, then me,” she said. She bathed him in the cool lotus pool among the fragrant flowers. Drawing the sparkling water up in her trunk, she

A man and his dog were walking along a road. The man was enjoying the scenery, when it suddenly occurred to him that he was dead. He remembered dying, and that the dog walking beside him had been dead for years. He wondered where the road was leading them.

As Gandhi stepped aboard a train one day, one of his shoes slipped off and landed on the track.

He was unable to retrieve it as the train was moving.

To the amazement of his companions, Gandhi calmly took off his other shoe and threw it back along the track to land close to the first.

Story #8: Forgiveness of the King

Once upon a time there was a King in a country who was on a tour with his Ministers, including his royal security and others. He was taking rest, under the shade of the mango tree at the mango garden with his team when suddenly a stone hit him directly on the forehead. Immediately he started bleeding.

Story #9: The Power of Gratitude

Narada, the great Indian mystic, is going to see God. Playing on his VEENA, he passes a forest, and comes across a very old sage sitting under a tree.

The old sage says to Narada, “You are going to God — please ask one question from me. I have been making all kinds of efforts for three lives, now how much more is needed? How much longer do I have to wait? When is my liberation going to happen? You just ask him!”

A couple went to England to celebrate their 25th wedding anniversary and shopped at a beautiful antique store. They both liked antiques and pottery,and especially tea-cups,and so spotting an exceptional cup,they asked “May we see that? We’ve never seen a cup quite so beautiful.”

As the lady handed it to them, suddenly the tea-cup spoke… “You don’t understand.” It said, “I have not always been a tea-cup. There was a time when I was just a lump of red clay. My master took me and rolled me pounded and patted me over and over and I yelled out, Don’t do that. I don’t like it! “Let me alone,” but he only smiled, and gently said; “Not yet!!” “Then, WHAM! I was placed on a spinning wheel and suddenly I was spun around and around and around. “Stop it! I’m getting so dizzy! I’m going to be sick!” I screamed.

Note: These are just the top ten spiritual stories our visitors love. If you'd like to read more, we have almost 1,000 from different religions, spiritual paths, authors, and times in history. Click here for more spiritual stories.

Bonus Gift: If you love Paulo Coelho's stories, then you'll love this free eBook (direct download from our website) of 9 Spiritual Short Stories by Paulo Coelho. 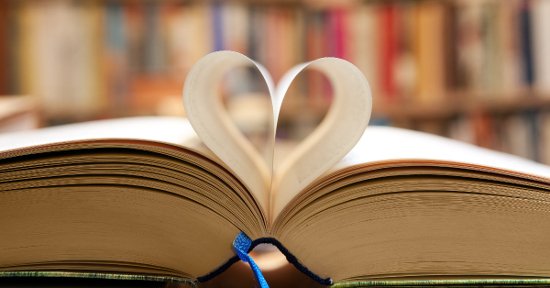