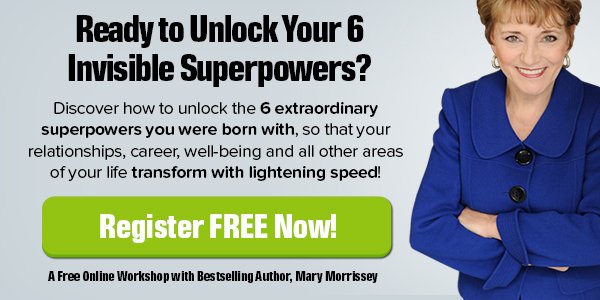 Unlock the 6 Invisible Superpowers You Were Born With

At a very early age, we are taught that we have 5 senses – taste, smell, touch, sight and hearing.

Most of us grow up believing that these are the only senses we have to work with when it comes to making sense of the world, and creating the results we desire in life.

But this couldn’t be further from the truth!

It will help you to begin experiencing way LESS stress and struggle, and way MORE clarity, confidence, prosperity and freedom, in your life this year.

In case you don’t know of Mary Morrissey, she’s a bestselling author, speaker and coach who, through her books, live events and online programs, has helped MILLIONS of people worldwide create a life they truly love living. And, she’s also a good friend of mine!

According to Mary, in addition to our 5 senses, each one of us is actually born with 6 invisible superpowers that work on an energetic level to help shape our reality.

Unfortunately, most of us are UNAWARE of what these 6 superpowers are. We use them daily, but often UNCONSCIOUSLY… and when we do this, we generate a lot of unnecessary stress, scarcity and struggle in life.

But, once you learn how to CONSCIOUSLY harness these superpowers, your relationships, career, business, health and all other areas of your life will transform with lightening speed!

How the 6 Invisible Superpowers Were Originally Discovered In the 1920's

Back in the 1920's there was a journalist. He was given the golden opportunity of a lifetime…

To interview the world's most successful people and determine why THEY could succeed where others failed.

What he learned was surprising.

He saw that the most successful people did two basic things differently than everyone else:

97% of people do exactly the opposite. Most people use these six God-given gifts to create scarcity, struggle, dis-ease, and worry in their lives. Those debilitating experiences then become the defining *circumstances* of their lives.

They forget the brilliant imagination they had as children – a time where anything was possible.

The thing is, when people awaken to their natural innate superpowers, they awaken into the most basic of spiritual truths:

The Origins of the Word “Mastermind” Came From Napoleon Hill

You may have figured out by now that the journalist we are referring to is none other than Napoleon Hill. And his groundbreaking work became the best-seller “Think And Grow Rich.”

Did you know the word “mastermind” came from him?

Today, enterepreneurs use that word to describe networking gatherings where people share ideas, network, and collaborate.

Napoleon Hill gave it a specific meaning though.

To him, a mastermind was a group of like-minded individuals who shared their gifts and knowledge so freely that what they created was MORE than just new ideas…

They would create an actual energy, a container, an access point, into a “mind” that knew more and created more than any of them were possible of individually.

A “master mind” from which all those connected minds could create big things… create beyond what the physical laws of the Universe seemed to suggest.

That's not the only thing Napoleon Hill was known for.

He actually shared another technique so powerful, some might even call it “occult.”

Hill used this special technique to train his brain to think like the brightest minds in the world.

He used it to discover answers to mysterious problems that were elusive.

What Napoleon Hill discovered was one of the most profound approaches ever created for transforming imagination into possibility, possibility into probability, and probability into reality.

So if you're stuck in scarcity, struggle, dis-ease, or worry, then this century-old secret may be exactly what you need, it's something you can use to your advantage.

Whenever the most successful people had a problem that seemed impossible to solve, or they wanted to create something massive but had no clue where to start, the began by closing their eyes.

They would imagine sitting at a table with the the greatest people from history.

Or Abraham Lincoln, Harriet Tubman, Stephen Hawking, Helen Keller, Confucious, Lucille Balle, St. Francis of Assissi, Maya Angelou, and even Johann Wolfgang von Goeth who had an IQ of about 220.

Napoleon Hill and others would ask questions of their virtual counsel and see what answers came back. Often, the answers were quite unusual.

Some people call this a good use of imagination. For Hill though, he believed he truly was connecting directly with the intelligence of the people sitting at his virtual round table.

Whether you take a more “occult” view like Hill did, or just see it as your imagination, the results are the same:

Answers on how to transform seemingly uncontrollable “circumstance” into effective and actionable solutions that lead us towards happiness, abundance, and a more relaxed way of enjoying our lives.

The thing is, what I've shared are just TWO of the many many possible ways we can tap into our inner superpowers. Intuition is another one.

That's just the beginning though.

That's just a little bit of what Napoleon Hill brought to the table.

But what about Thomas Edison's “The Land of the Solutions” that help you call forth answers?

Or the difference between “backward” and “forward” memory… including how to use “forward memory” to free yourself from the painful stories of your past?

And the one simple question you can ask yourself to alleviate suffering and UNLEASH the true, awe-inspiring power of your imagination?

The best part is, you don't have to guess at what those are. 🙂

During Mary's upcoming free virtual class, she'll share with you the “reality-bending” secrets that history's greatest thinkers knew – and how to apply them to YOUR life.

Discover how to unlock the 6 invisible superpowers you were born with. 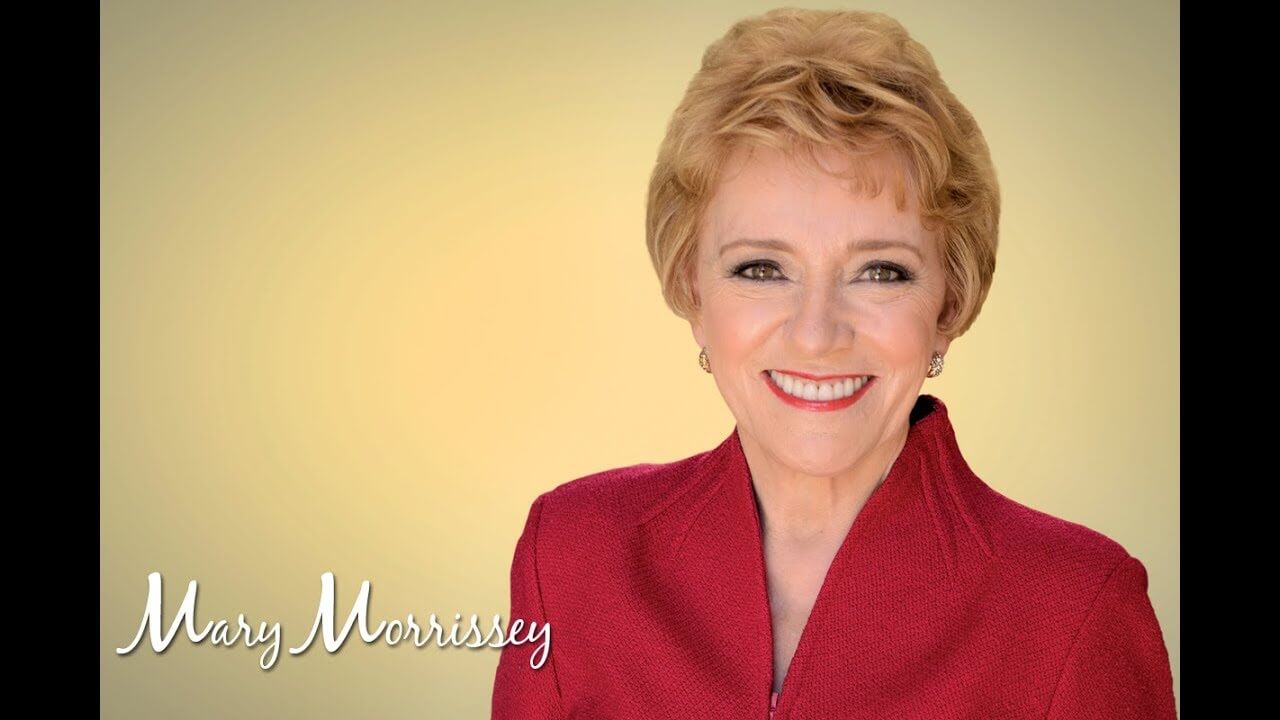